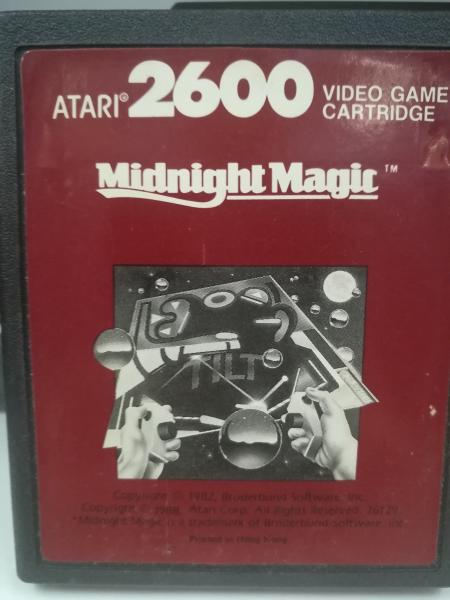 I've never actually played Midnight Magic, but the label art speaks for itself.

Incidentally, the game itself looks like it's pretty decent, and is family-friendly, in spite of the sort-of-salacious title.

When I was a kid, it was tough for me to get the video games I wanted. They were super-expensive (relatively speaking), and television and magazines kept telling me that they were super cool and super amazing and super fun and made playing video games seem like a thing that I just had to do.

But, when the NES was the current generation, the games cost a lot of money, and since I didn't have a job, I couldn't buy very many. But what I could buy were books about video games, and that's pretty much the same thing, right?

Until news the a couple of months ago that Toys 'R' us was closing down and I read the ensuing comments and reactions from people who were shocked that Toys 'R' Us was still around, I never really questioned the existence of our local store. But, it's begun to quicken its pace on its long, slow march to the retail graveyard, and every time I go back, I'm reminded of the time that I've spent in there, and how that time is coming to an end. 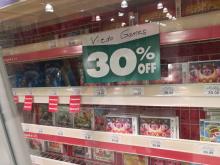 I have a bad habit of picking up NES games at nearly every used video game store I come across that still has some in stock, especially if it's a game that I don't already have (and the cost is less than $10). I picked up a copy of Fisher-Price: Perfect Fit around a year ago, but never took it out of the shrinkwrap to verify that it actually worked. I decided that since I was getting footage for a different unrelated video, that I'd fix that. What did I discover?

Not only does the thing work, but it's actually pretty terrible!

If you've ever played 3D WorldRunner for the NES and accidentally hit the select button, you probably thought to yourself that you glitched the game or that you broke something somehow. Don't worry, you didn't. It was an early attempt at trying to create a 3D effect by using a technique called 'Anglyph 3D'. I won't go into all the details here, but it basically involves using two colors, and glasses with specially-colored lenses to give each of your eyes a slightly different image, which gives the illusion of 3D.

As a part of my not New Year's Resolutions, I've decided to go through my ridiculous backlog of games once in a while and see if the games I bought were any good. The backlog also consists of a lot of games that were part of some BlahBundle or another over the years, some are gifts, and a bunch are freebies from programs like the PlayStation Instant Game Collection. Games like Crypt of the Necrodancer.

The NES port of Double Dragon is an odd duck. It takes a lot of liberties with the gameplay of the arcade game, and has really bad hit detection, a bizarre levelling system, and more glitches than the capstone class project of my college CIS program (sorry, professor).

A lot of players don't even make it to Mission 4, but if you manage to get there, I've prepared a walkthrough video so you will know what to expect.

I admit that I get a little annoyed whenever I see Doritos and Mt. Dew being peddled as 'game fuel'. There are Doritos and Mt. Dew displays next to or in the video game department of several stores, game awards shows are sponsored by Mt. Dew and Doritos, you can sometimes get secret codes on Mt. Dew and/or Doritos to give you perks in some video game or other, and so on. Mt. Dew and Doritos have somehow become the de facto food and drink of people who play video games, and it really bothers me, but maybe not for the reason you're thinking.

It's kind of hard to believe now, but Laser Tag (or, the more extreme cousin, Lazer Tag) was pretty popular for about fifteen minutes back in the early 2000's. When a laser tag arena opened here in town, it was a pretty big deal.

Follow 8bit.fun on the current hottest platforms! Also these!